Mergers are now officially the most popular form of recognised union between two people. In 2222, mergers made up 57% of all formal multiple-person relationships, with marriage and civil partnerships making up the balance.

In a merger, none of the partners undertakes to remain faithful to the other or others, though any key inter-dependencies like children, property, and possessions are guaranteed defined proportional support from each partner for either 5, 15 or 25 years depending upon the nature of the merger. Facilitated and managed by AdulterUS, mergers are strictly enforced. The social thought network element of AdulterUS actively supports individuals in arranging extra-merger relationships with full disclosure to all formally connected partners.

97% of couples in mergers rate their quality of life as high and consider themselves happy and fulfilled. Half of the remaining 3% are serving life sentences in state renovation centres.

Calot Prouff had something of a chequered early career in the armed forces of the 22nd Century. Starting out, after completing at Space Cadet School, as aide-de-camp to Admiral Phiasco the Head of the Space Patrol Corp, Calot, unfortunately, found himself in a situation where he felt he needed to take a decision. 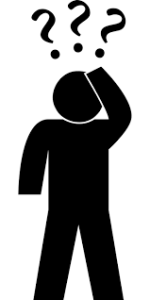 Decision making was generally frowned upon at Space Patrol Corp Headquarters. Sadly not only did Calot take a decision, he took the wrong decision. Whilst trying to quell a riot on a space station, Calot inadvertently issued a command from his desk, that led to the force sent to deal with the riot firing missiles at itself. Several troopers were blown to bits as a consequence.

Phiasco covered up the mistake to save his own skin, but Calot cracked under the pressure and was locked up for several years in a mental refurbishment utility. He was only released several years later in order to take part in a pre-planned suicide mission put together by his former boss and the Head of EarthLand Security, as part of a bigger plan to depose the then President of Earth.

Incredibly, and mainly due to the unparalleled incompetence of Calot as a military leader, the mission turned out to be a success for him. He not only saved Earth’s President but also managed to blow up his former boss. The President duly made Calot an Admiral and gave him the safest of desk jobs, leading a special battalion monitoring emissions of waste and debris from orbiting space stations.

Calot went on to merge with Valundra G’Laksey-Spryte, a member of the elite G’Laksey dynasty. He Fathered with her, Thomas Nigel G’Laksey-Prouff, now recognised as Earth’s most successful Intergalactic Tax Inspector.

In recent decades it has become even easier for people to work without moving at any time from their home. This has led, despite various smart foods, drinks, and home fitness kits, to worrying levels of obesity.

Since the 2150s, of course, it has been compulsory for all adults over 25 to walk at least 15,000 steps a day and at least 30,000 steps per week in the open air. To support this in recent times, Earth’s Government started a programme to build green open-air spaces for the ‘Walk a Long Life (WaLL) programme.

The WaLL programme has proven most successful in getting people walking again. With tax incentives associated with having an approved health profile, there has clearly been a marked decline in home-based obesity.

However as ever, with a benefit, one can often experience a disadvantage. In this case, recent studies have shown that the net effect of driving a largely sedentary population to the WaLL has been a steep rise in other health issues. Too many people it seems, over many decades, have simply forgotten how to walk properly and we are now witnessing a sharp rise in musculoskeletal problems.

Dinosaur Skyland is the very latest in Artificial Reality and CE (Consumer Edutainment). Orbiting around 100 miles above sea level, Skyland is basically a place to take the family back in time for a luxury holiday, to the Jurassic period when dinosaurs ruled the Earth.

Holiday makers can get close up and personal with the widest range of creatures from that period. If learning is your thing then Skyland provides a range of options to study the animals, including to actually become part of their daily routine. If thrills are why you are there then you can joust with the most fearsome of dinosaurs, from the Slasharapter to Megasaurus and Tyrannosaurus rex.

The World famous T. rex experience includes such optional fun extras as ‘Watch your Granny get Swallowed Whole’ and ‘Feed the kids to the Rapter’. There is also a ‘break it off with your partner’ service mediated by a pair of suitably empathetic Velocirapters that has proven very popular since Skyland opened its clouds to visitors.

It was at Dinosaur Skyland that Cat almost got bitten in half by a T. rex.

When I went into space for the first time (that was to Planet Pzzxamix to investigate Trebor Snosrap) I was nervous about the whole toilet thing. Extra anxious and shy about such matters, I had envisaged I would spend most flights with all relevant sphincters tightly clenched until the journey ended and I could find a proper toilet.

How relieved I was (in more ways than one) to discover the Space SaniDroid. A sort of auto-loo that allowed you to go in total privacy even with someone else effectively standing right beside you. Shielding you from all potentially embarrassing noises and odours (whether the producer of such or recipient) the SaniDroid was every nervous ‘toileter’s’ relief station.

Of course, everything happens so much more naturally on a spaceship in the 23rd Century where artificial gravity has removed the weightlessness problems associated with excretion. So the SaniDroid has no need to worry about airflows, essential for early space travelers to ‘go’ safely.

The only possible problem with a SaniDroid is linked to unlikely power failure. That has happened to me once. All the lights went out and the body permeable door to the SaniDroid disappeared leaving me potentially visible to everyone whilst engaged in duties on my throne. All would have been ok though as with the lights out my modesty was preserved until Cat showed up with a massive torch……

In the early 23rd Century Earth is a relatively peaceful place. Since the 4th and 5th World Wars of the 22nd Century, Earth relies on its Grand Council, headed up by the President of the Earth, to coordinate the still separate 44 countries that are spread across the 4 Concatanates (Cadabra, G-Soft, Malachite, and Sino-Soviatek) that divide Earth’s population.

The Grand Council came into being as both of the World Wars really ended in stalemate and at a time when it began to be clear that the people of Earth were not alone in the galaxy. This realisation made some coordination of the 4 Concatanates, essential.

The existence of a President of the Earth is however largely symbolic and the President and Council are really only significant when there is an alien incursion or war that needs to be dealt with or when the constant ‘skullduggery’ of the 4 Concatanates sails too close to the edge of armed conflict on Earth.

RARSP (the Rapid Alien Response Space Patrol) was noteworthy as a dumping ground for senior military personnel who, for whatever reason, could not be sacked for incompetence. That was until the Mud Lizard war of 2170 when General Xplozhen exposed their most senior staff as total misfits,  incapable of filling the role of senior officers in war.

Of particular concern to Xplozhen had been  Captain’s Krik and Noslen. Krik it turned out was addicted to the Class Alpha drug Orphium and during the war on the Moon with the Sequestrans had shot several of his own men, who he mistook as aliens whilst on a high. He was locked up when he started to believe he was a unicorn.

With Noslen things were even worse. His incompetence in the field on the Moon led to him blowing up an entire platoon of the troops he was responsible for. He blew himself up at the same time but survived. Unfortunately,  he was mentally affected by the experience and subsequently drifted between relative lucidity and moments when he believed he was the Greek God Poseidon.

He was finally relieved of all duties when he slapped General Xplozhen at a briefing after the General tried to drink a glass of water, claiming that the General was stealing his property. After Xplozhen’s intervention RARSP was totally revamped and became the key inter-planetary fighting force it is today.

Earth’s leading unicorn jockey has been banned from all competition for life by the Board of Unicorn Racing. A veteran with over 20 years experience, and winner of the Sinosovurean Cup 7 times, Peakoch was found guilty of riding with a prosthetic horn on champion unicorn ‘Thrust’.

Thrust, winner of the Sinsovurean Cup 3 years in a row a few years back, made a surprising comeback in the recent Legends 500 race. He and Peakoch unseated all 7 other riders in the first half of the race using the trademark ‘unicorn thrust’ that had helped to make them both champions in previous years.

In random post-race checks, Thrust’s horn was found to be 1cm over the previous maximum recorded length for race unicorns. Closer examination showed that Thrust’s horn was actually broken and that PeaKoch had procured a prosthetic extension to enable Thrust to race again with a realistic chance of success.

In mitigation, Peacoch’s Attendant AIs attempted to show that his only motivation was to see his favourite unicorn, so distressed by the break in his horn, go out on a high.