Whilst exploring Plasmolidium in 2170 Captain Dougal McBeckHam, who led the crew of the Explorer 237, was attacked by giant insects described at the time as mega-mosquitoes. 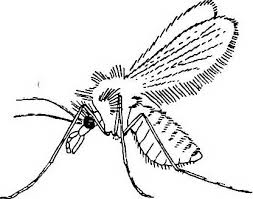 The mega-mosquitoes were also co-incidentally, carriers of the common Plasmodium parasite found on Earth, and when the Captain was attacked he became infected with that parasite and contracted malaria as a consequence.

Much worse, was the use of the mosquitoes by the Mud Lizards to deliver a virus to Earth designed to devastate the human population. Their use of a biological weapon, at the end of the first significant space battle between Mud Lizards and Earth ships, almost succeeded. Without the intervention of Azz-Lex it would have been very likely that human life on Earth would have completely ended.