RARSP, the Rapid Alien Response Space Patrol, was formed in around 2056 at the behest of the then President of Earth, Ronald Trump jr the 2nd. At the time the decision to form RARSP was seen as just one of Old Ron’s’ (as he was affectionately known by his cronies) crackpot ideas. It arose after the Sequestran’s had been defeated on the Moon in 2056. Ron reasoned that where there was one alien species there would be others and that Earth needed a rapid response group that could be quickly mobilised in the event of any similar threat. 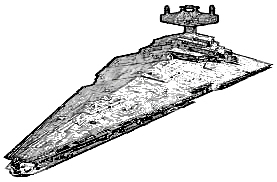 The Head of EarthLand Security at the time, who knew Ron was bonkers, took the formation of RARSP as an opportunity to put the worst performers of the Sequestran war into a unit that would effectively become an unused ‘white elephant’.

Little did she know that at some point in the future, 2170 to be precise, they would be the first military group from Earth to tackle the Mud Lizards.