These are Cat’s favourite snack. And my goodness did they compound his wind issue, or gaseous expellation as he preferred to describe it. 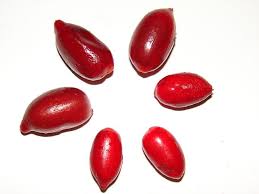 Whatever, although not made of flesh and blood certain of Cat’s internal workings (God knows which) led to a serious accumulation of hydrogen sulphide which he periodically expelled (or ‘let rip’ as he again describes it) through one or other of his myriad ports. Molten lava beans exacerbated the issue and whenever he snacked on them you could guarantee that fairly quickly, especially if in a confined space with him, you would regret it.

I knew full well that Cat controlled his expellations to annoy me and as a ‘weapon’ to guarantee I treated him like the Prince he thought he was.

Where did molten lava beans originate from? They were first noted on the planet Kimcadia by early explorers who had landed there. A staple component of the Kimcadian diet, their constant ingestion by Kimcadian diplomats explained why the seats furthest away from them at official banquets were so sought after (and expensive). The history books tell us there was a similar problem at banquets held for a US President in the early 21st Century, where hot air and possible use of weapons seemed to be as much of a problem as hydrogen sulphide.